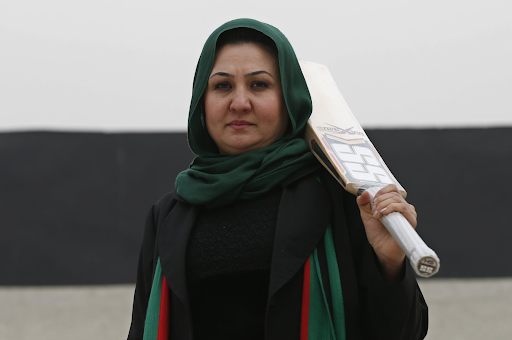 Following the Taliban's takeover of the country in August of this year, sport in Afghanistan faced an unclear future.

For fear of retaliation or being shunned by the new Taliban regime, hundreds of athletes, particularly female athletes, fled into hiding or were evacuated from the country.

Outsiders anticipated the worst, having witnessed a total prohibition on women's sports during the armed group's occupation of Afghanistan from 1996 to the US-led invasion in 2001.

Cricket is hugely popular in Afghanistan. Over the previous two decades, the country's journey from refugee camps in Pakistan to full membership in the International Cricket Council has been one of cricket's great feel-good stories, with each successful step recognized.

The Taliban's takeover has placed a gloom over cricket's future in Afghanistan, especially for the burgeoning women's game, and the International Cricket Council (ICC) and national cricket associations around the world will face a labyrinth of challenges in the coming months.

Women's cricket has difficulty gaining traction in Afghanistan due to religious and cultural prejudices regarding women participating in sports. In 2010, the first national women's squad was founded. However, it was dismantled in 2014.

When it granted Afghanistan Full Membership in 2017, the ICC defied its standards on gender equality. Boards typically include a national women's team and an institutional pathway for female players to become a Test-playing nation. Still, Afghanistan did not have a women's squad in 2017. The ICC's constitution permits notable exclusions.

There were no requirements set on the Afghanistan Cricket Board to establish a women's squad, and no timeframe was established to ensure a women's structure by a specific date.

However, it was observed that the ACB's petition included a pledge to develop a national squad and pathway and that work in this area had already begun.

The ACB handed 25 contracts to female players in November 2020, but they have yet to play any matches, despite being scheduled to play Oman this year.

However, early suggestions suggest that the Taliban will restrict women from playing cricket at any level due to the risk of their faces and bodies being exposed.

The fate of the women and girls who were hired by the ACB is still unknown. Some players have already fled Afghanistan.

Afghanistan athlete Roya Samim and her two sisters, who are all members of the national team, are currently in Canada. Samim told The Guardian that she is worried about her teammate who is still in Afghanistan.

According to the BBC, Taliban members have threatened female cricketers, citing Asel's player in Kabul.

The situation is exceedingly complicated, fluid, and delicate. Decisions made now might have long-term implications for both men's and women's cricket in Afghanistan, not to mention catastrophic consequences for individual players.

Others may follow Australia's lead and reject bilateral series with Afghanistan, effectively isolating the ACB.

The ICC may conclude that keeping the ACB as a Full Member and including Afghanistan in the T20 World Cup will ensure that cricket remains a mighty sport that women will play in the future.

Similar to Russian athletes competing under the ROC banner at the Tokyo Olympics, a situation might evolve. The men's team is effectively exiled, representing Afghanistan but not the ACB or the Taliban.

However, it appears that women will not play at any level soon.

Whatever decisions the international cricket community makes, the position of individuals who participate in Afghanistan's most popular sport, particularly women, remains bleak, with personal safety and family welfare far outweighing the benefits of any specific match or tournament.