Northern Superchargers players test positive for COVID-19 amid The Hundred

Northern Superchargers players test positive for COVID-19 amid The Hundred 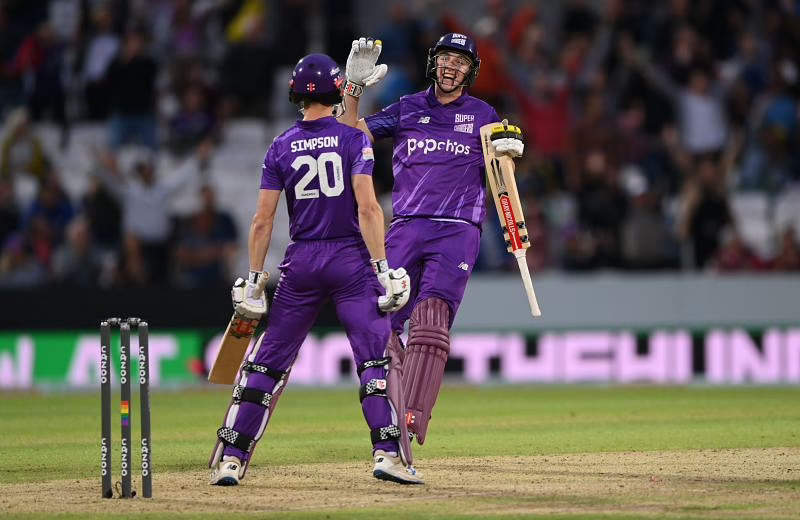 As of currently, no other gamer has been impacted. The news comes before of Northern Superchargers' match against Manchester Originals, which is set to take place on Thursday. The Superchargers will also face the Birmingham Phoenix on August 17, their final league encounter in The Hundred.

Lauren Winfield-Hill, the women's captain of the Northern Superchargers, remarked that players competing in The Hundred were tested every day.

The head coach of the Trent Rockets, Andy Flower, had previously tested positive for COVID and had to isolate with Steven Mullaney and another support staff member. Shane Warne, the men's coach for the London Spirit, also returned with a positive test a few days ago.

The ECB has done away with tight bio-bubbles for players to protect their mental health. Participants, on the other hand, have been advised to limit social contact as a safety precaution.

The Northern Superchargers are presently in sixth place in the standings. They've played six games thus far, winning two and losing three, with one game ending in a draw.

Southern Brave defeated northern Superchargers by five wickets in their previous match. They batted first and scored a mediocre 128 runs on the board. The Southern Brave cruised to victory because of Quinton de Kock's undefeated 72 off 45 balls.

With four wins and two losses in six games, the Trent Rockets dominate the men's tournament in The Hundred. With three wins, two losses, and one no result from six matches, the Oval Invincibles and Southern Brave round out the top three.